The CHASS Canadian Census Analyser allows members of the University of Toronto research community to generate custom tables from the Census of Canada (1961-2016) and the National Household Survey (2011). This tutorial provides an example of extracting and downloading data from CHASS.

The interface enables the selection of relevant variables and census geographies, providing access to data down to the dissemination area (DA) level. Census data can be incorporated into analytical and GIS software. Furthermore, this is a bilingual resource that can be used for research, business marketing, and planning as well as a base for sampling surveys.

This tutorial consists of nine steps. For this tutorial, we will be using the following criteria as an example for extracting and downloading data from CHASS:

1. Start by selecting your Census Year of interest 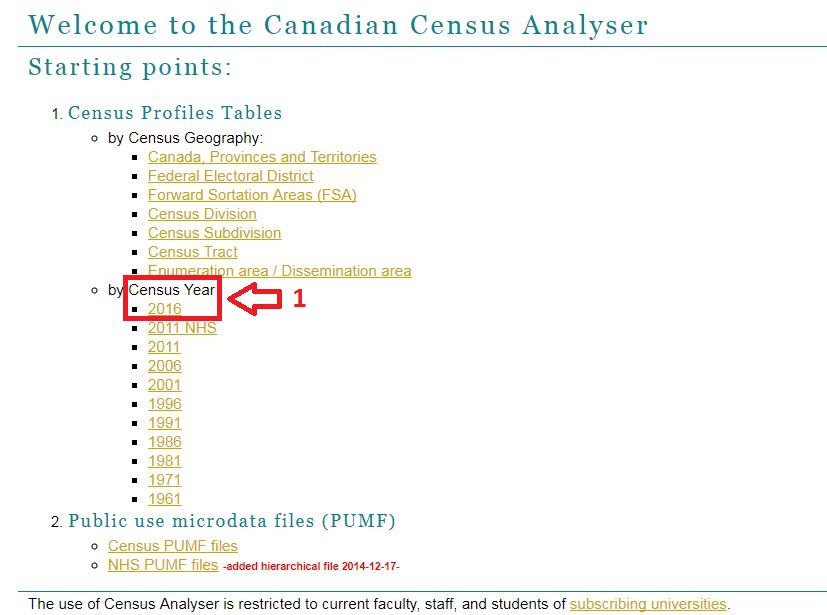 2. Select Profile of Census Metropolitan Area and Census Agglomerations; visit these links for more information on census geography unit definitions and the latest hierarchy of standard geographic areas for dissemination 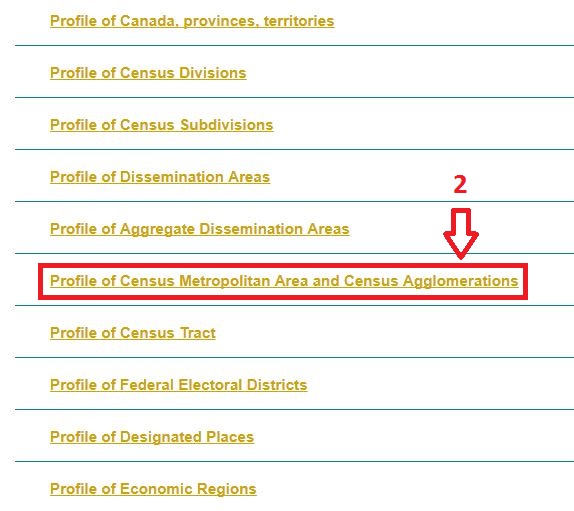 3. Locate your census geography by checking T under the by Name tab

5. Specify "Population and dwelling" as the Census Profile variables by navigating through the tabs, then specify the variable as "Population, 2016 (v1)" by ticking its checkbox

6. Keep in mind that if you uncheck a variable from either Census Geography or Census Profile, you will also have to remove your selection under the Selected items section to the right 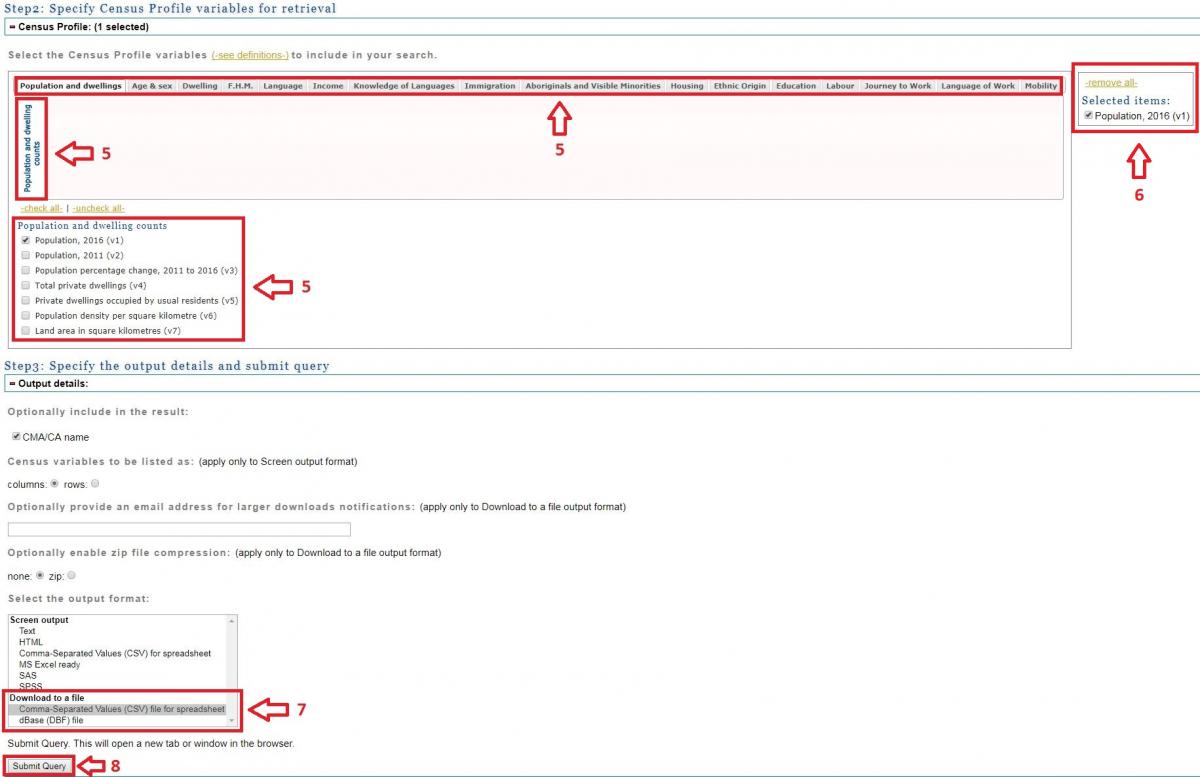 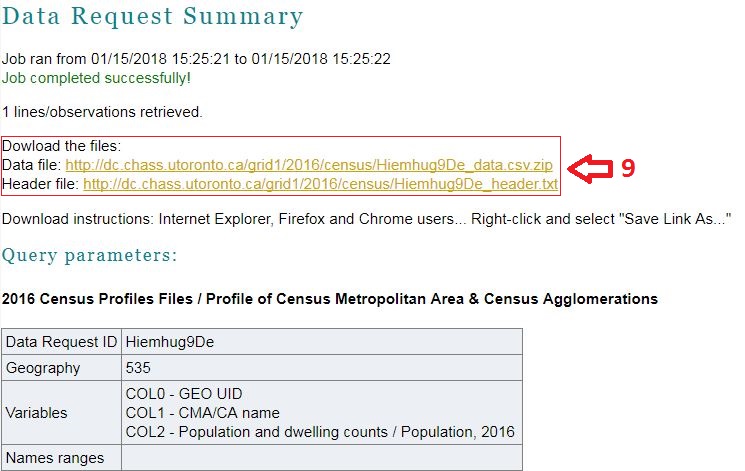